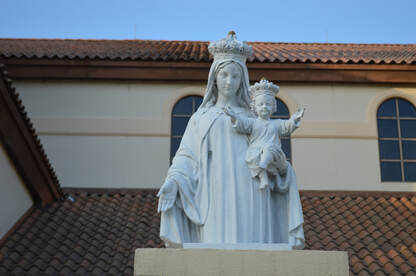 A short history of the church
​by Father Patrick J. O'Doherty.

In the beginning there was the Firehouse. 'Twas October 21, 1984 that the Queen of Peace Family (about 250 of them) attended their first Holy Mass at the West Marion Fire Station-Station 21 on State Road 200 in Ocala, Florida, the United States of America, in the Western Hemisphere, in the World, in the Universe and in the Mind of The All-Holy God. Standing a short distance away, watching everything was a great big silver wolf whose eyes flashed fire.

The great Francis of Assisi said, "Preach the Gospel at all times and if necessary, use words." And so, it was that we dreamed of a Church that would preach the gospel by the very look of it. A building whose very architecture would say, "If anyone wishes to be a follower of mine, let him deny himself, take up his cross each day and follow in my footsteps." We had a need then to build in a traditional grand style; we for the most part being an older community who had borne the heat of the day and the night in good times and in bad. We needed our Church to recognize that we carried and are carrying our cross and in this cruciform style church, we are expressing our identity as the disciples of Jesus. One of the wise sayings about architecture is that "as we shape our buildings, likewise do our buildings shape us."  May this building and this community shape you in the image of Jesus, the perfect image of the invisible God.
​
For as long as I can remember, there has been something about the offering of the bread and wine at Holy Mass that has always touched my soul. I've wondered why should we offer bread and wine to God. God certainly doesn't need it and furthermore it's not even ours to offer. All the peoples of the earth put together cannot make "a grain of wheat" or a "grape." So truthfully at mass we say, "Blessed are You, Lord God of all creation; through Your goodness we have this bread to offer which earth has given and human hands have made. It will become for us the bread of life."  The very raw material, the grain and the grape have been given to us by God and our hands have helped shape it into bread and wine. So it is with this church building. It is very much the work of human hands, but 'twas the Lord God of Hosts Who built it.

​When the pagan temple of Sophia was built in Ancient Istanbul, most people said 'twas built by the Emperor. However, the little people said that it was built by a widow woman who fed the grain to the oxen that pulled the marble from the quarries from which the workers built the temple. But the question remains, Who made the grain that fed the widow woman, the workers, the emperor and the oxen? So, who built this Church? "Blessed are You, Lord of all creation, through Your goodness, we have this bread to eat, fruit of the earth which sustained the workers down through the centuries, and ourselves who paid the workers to build this Church to the glory of Your Holy Name." God built this Church. 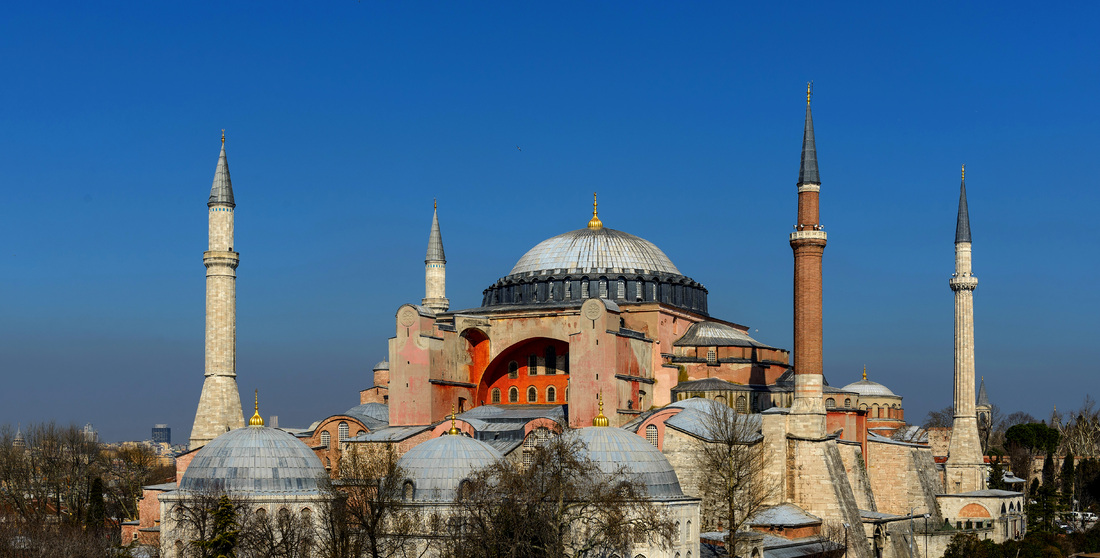